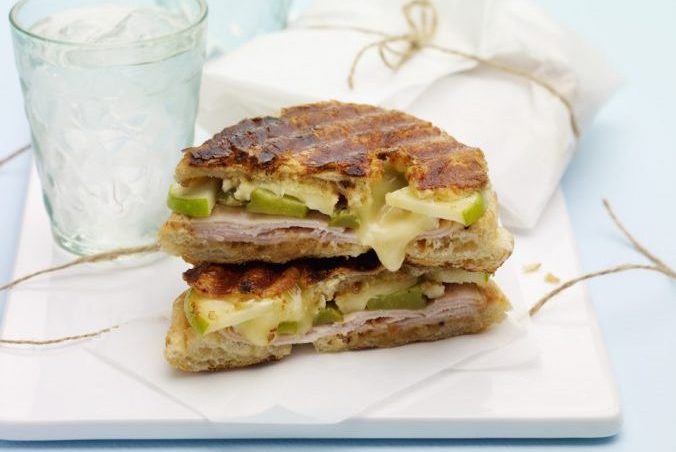 Spread mustard on the cut sides of the croissants.

On one side of each croissant lay half the turkey, gherkins, brie and apple.

Top each sandwich with the other half of the croissant.

If you are using a panini press, place the sandwiches in the press, close it and cook over low heat for about 4 minutes, until the cheese has melted and the bread is crisp.

If you do not have a panini press, put the sandwiches in a non-stick skillet, or a regular skillet that has been lightly coated with cooking spray, and set another skillet (large enough to cover the sandwiches, but small enough to sit down inside the first skillet) on top of the sandwiches.

Weigh the top skillet down with a small, heavy saucepan, a teakettle filled with water, or other heatproof weight (a clean brick will work, for example). Cook over low heat for 2 minutes.

Cut each sandwich in half and serve hot.